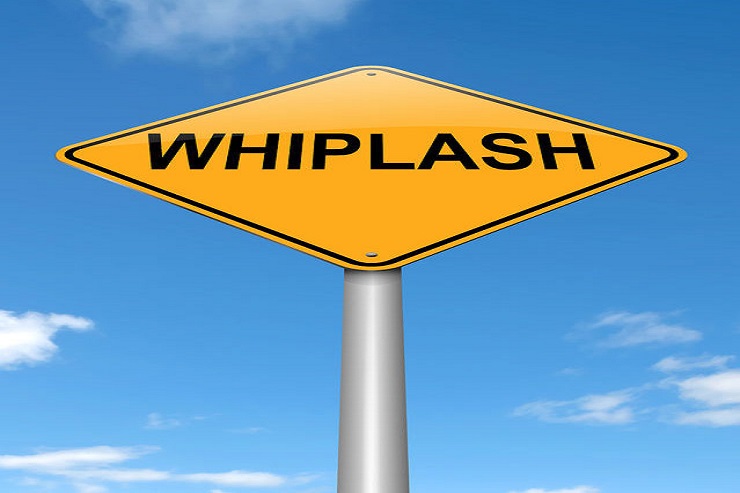 This could be from anything. Remember yesterday? St. Patrick’s Day Snow? I don’t know about you but that was my first since living in Fairfax, Va. Check this stat out: There were an estimated 412 car accidents in Northern Virginia alone yesterday. This is a scary stat considering the government was closed and Fairfax County Schools were shut down.

Whiplash can happen quick and be hard to control whether it’s a car accident or something else. It only takes a split second for a car to unexpectedly hot you from behind, or to get blindsided by a tackle, or to slip on a rug or on ice.

Any sudden blow or impact to your body can cause whiplash injuries. Your body is pretty and most parts can handle a lot of abuse, but your neck is particularly vulnerable to injury from impacts to your body. The weight of your head puts a lot of strain on the neck when you receive a blow to the body. Even the sudden recovery  of your balance after slipping on a wet floor or on a rug can throw your head around and strain your neck.

Don’t be fooled by low speed car accidents with little or no damage because they often cause more severe injuries than slightly faster accidents that bed bumpers and crumple the car.

The sinister part is that you may not notice symptoms at first. It can take days, weeks, even years in some cases for symptoms to develop. Too often people don’t seek help until more serious complications develop. Even after whiplash victims settle their insurance claims some 45% report they still suffer with symptoms two years later. Outcomes improve and pain relief is the greatest the earlier you seek help.

So don’t wait. If your body has received any sudden impact play it safe and get evaluated by a chiropractic doctor.

Following a car accident, or a slip or blow to the body, a person who has immediate symptoms is actually lucky because they seek treatment immediately. Unfortunately, symptoms of whiplash injuries often do not appear for several days, weeks, or even months or years.

Hospitals find that nothing is broken, dislocated, or cut and then release the victim. The football player who “gets his bell rung” may sit out a few plays then go back in unaware of a neck injury. People who slip and fall often get up and feel all right other than perhaps bruised. A few days later, or in some cased far later, they may not even associate the stiff neck, persistent headaches, irritability, shoulder pain, or fatigue with the earlier incident.

So it is important to be aware of the symptoms of whiplash injuries. When no bones are broken and the head does not strike the windshield, typical symptoms are as follows:

Some 62% to 98% complain of neck pain, often starting from two hours up to two days after the accident. This can be the result of tightened muscles trying to splint and support the head to limit movement in response to either muscle tears or excessive movement of joints from ligament damage.

Sixty Six percent to 70% complain of headaches. That like neck pain are often the result of tightened, tense muscles trying to keep the head stable. Like tension headaches, they are often felt behind the eyes, can be on one side or both, and intermittent or constant.

Shoulder pain, often described as pain radiating down the back of the neck into the shoulder blade, may also be the result of tense muscles.

Muscle tears are often described as burning pain, prickling, or tingling. More severe disc damage may cause sharp pain with certain movements that are relieved by holding your hand over your head.

There is a substantial body of evidence that chiropractic care is effective for whiplash injuries. Researchers at the University of Calgary in Canada studied patients with sub-acute whiplash disorders. They assessed the effects of chiropractic adjustments to the neck on muscle function, range of motion, and pressure sensitivity. They found that patients enjoyed significant improvements in all measured outcomes.

A study published in the respected Journal of Orthopaedic Medicine found that 74% of whiplash patients improved with Chiropractic care.

Another trial from Sweden found whiplash patients with neck pain have significantly better pain reduction with early activity and mobilization than with standard medical treatment of rest and a soft cervical collar and gradual return to activity. This trial provided clear evidence favoring early active care rather than rest, supporting the active approach of chiropractic care.