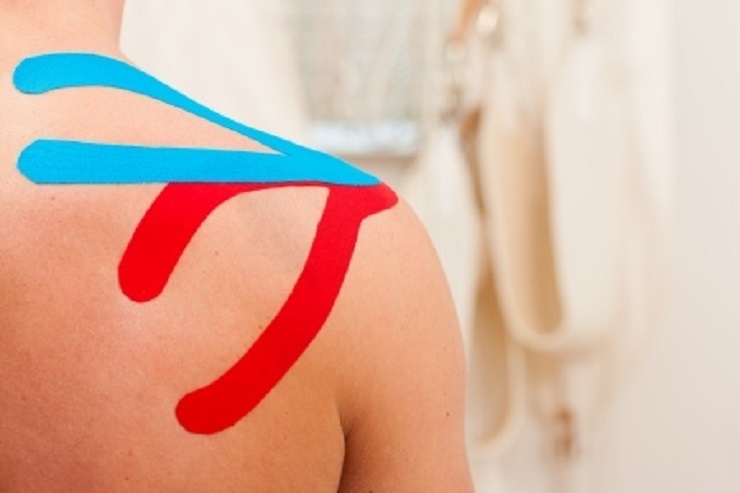 The high incidence of shoulder problems may be due to the amazingly large range of motion we normally have in our shoulders which is referred to as circumduction. The structure of the shoulder joint is very complex and allows a wide range of  movement which makes it very easily prone to injury from instability. This anatomical dynamic makes it hard for health care providers to determine what really is causing problems with a particular shoulder joint and to agree on what to do for them. For instance, rotator cuff tears often show up on magnetic resonance imaging (MRI) of people with shoulder pain and were often blamed for problems until they scanned a large series of people with no shoulder pain or symptoms and still found complete tears in 15% of them and partial tears in another 20%. For those over 60 years old, 28% had complete tears but still no symptoms. So while rotator cuff tears might cause symptoms, they often don’t. You could go to a doctor complaining of shoulder pain and have an MRI done that shows a torn rotator cuff but it may not be the source of your pain. That is why before having surgery for it, ruling out other causes is important.

Chiropractic doctors in Fairfax and Vienna have had success with treating a number of shoulder problems. Sometimes pain is referred from the spine where chiropractic adjustments can address the cause. A herniated disc in the neck can cause pain to radiate into the trapezius (the broad muscle between your neck and shoulder blade), into the shoulder and even all the way down to the hand causing numbness, tingling and weakness. Shoulder pain that is triggered by active neck movement is typically referred from the spine in the neck – chiropractic care of the spine , may work wonders. If this sounds like your type of shoulder pain,  we are very likely to help you eliminate neck pain, increase your strength and regain functionality

Chiropractic treatments may also help when the spine is not the obvious cause as a new study shows where relieving trigger points in the soft tissues of the shoulder was highly effective. Watch this slideshow about a revolutionary soft tissue technique that directly relieves trigger point pain and soft tissue discomfort.

In the new study they excluded patients with shoulder pain from neck movement where the pain was deemed to be referred from the spine.  And they excluded patients with arthritis or other diseases that affect joints throughout the body, as well as acute bursitis or capsulitis of the shoulder. That left all the patients where the cause of their shoulder pain was unknown and they selected those who had shoulder pain on a daily basis for at least the previous three months. Fifty nine patients were eventually selected and randomly put in either an experimental group or a control group. The experimental group got 15 sessions of therapy, 3 per week over 5 weeks. The therapy is called trigger point therapy (it goes by other names too including acupressure, Nimmo technique, or ischemic compression.)

Trigger points are pressure sensitive taught nodules or “knots” that can be felt when you touch the soft tissues near or related to a painful area of condition. When you push on them they reproduce or intensify the chief complaint, in this cause – shoulder pain. Trigger points occur in the other places throughout the body too. They usually are felt in muscles but also in tendons, ligaments and other soft tissue. The trigger point therapy used in the study involved applying pressure of 15 seconds with one thumb on top of the other thumb on the trigger point, starting with light pressure and increasing it to the bearable pain tolerance of the patient. For the experimental group they felt for trigger points in the biceps tendon and in the deltoid muscle and two other muscles around the shoulder.

If they found a trigger point, they applied the pressure, but if none were found in the muscle or tendon nothing was done. The control group got similar 15 seconds of pressure on trigger points but in the muscles of the back or neck that were believed to be unrelated.

The main outcome measure was based on a questionnaire that measured pain and functional impairment. On a hundred point scale where zero was no pain or impairment, the experimental group started with an average score of 67 and had that drop over 41 points to 25.5 at the end of the 15 sessions. That went even lower 30 days later to 22.9. At six months it was still low at 28.8. The control group only dropped 13 points after the 15 fake sessions. Interestingly, they then gave the control group 15 real therapy sessions around the shoulder and their average score dropped to over 40 points from baseline.

They also asked the patients what percentage of the original problem had been relieved. Relief was reported as high as 96% but the average was 75% relief at the end of the therapy sessions.

Now these patients were not selected because they had trigger points. These were all the patients left that were not excluded for other obvious causes so we would expect some of them to have shoulder pain from a verity of causes other than trigger points and they would not be expected to get much relief in this study. So that makes the results even more dramatic and significant.

Certainly if you suffer with shoulder pain, before submitting to surgery, steroid injections, or other invasive and dangerous interventions, try chiropractic care.

Call Concept Chiropractic and Rehab today at 703-573-5500703-573-5500 and schedule an appointment to get your condition comprehensively evaluated.